“Isamu Noguchi’s ability to synthesise both Japanese and western art made his work like no other.” 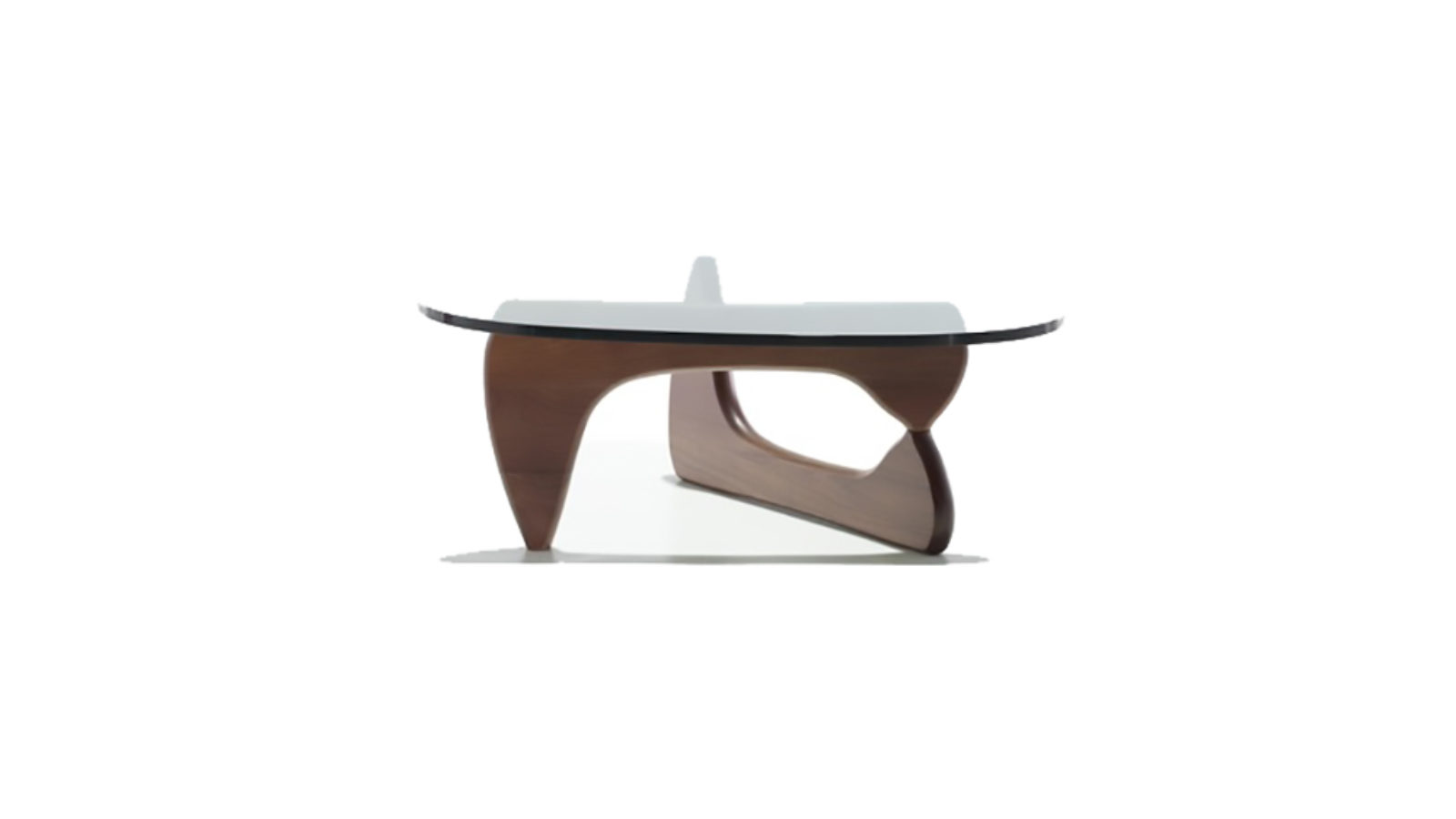 “Isamu Noguchi was a creative polymath, with an output that spanned landscape design, sculpture, furniture and theatre design. He worked with Martha Graham and Merce Cunningham, trained under Constantin Brancusi, created the gardens at Unesco’s headquarters in Paris, had an affair with artist Frida Kahlo and left a monumental 11.5ft basalt statue on 5th Avenue, near the Metropolitan Museum of Art in New York City.

Yet it is perhaps the coffee table IN50 that could be considered his most influential work. Noguchi created it for the US manufacturer Herman Miller in 1948, and it has been in production ever since except for a nine-year break between 1974 and 1983.

The table has a curved, triangular glass top that sits securely on a tripod wooden base created, intriguingly, from just two sleek identical forms. Its asymmetry owes much to Noguchi’s Japanese artistic education; its organic form falls neatly into the style being promoted in the US at the time.

Noguchi was born in Los Angeles in 1904 to a Japanese father and American mother and was brought up in both countries. His access to both Japanese and western art practice, and his ability to synthesise the two, made his work like no other: modern and formal; controlled and natural.

Noguchi’s original IN50 had a walnut or ebonised birch base and a green-tinted glass top, but it has been only minimally modified over the years. In 2003, however, Herman Miller introduced a change of its own, 15 years after the artist’s death. The table had become so iconic and widely copied that the manufacturer added Noguchi’s signature to the base to signify that it was the real thing.”