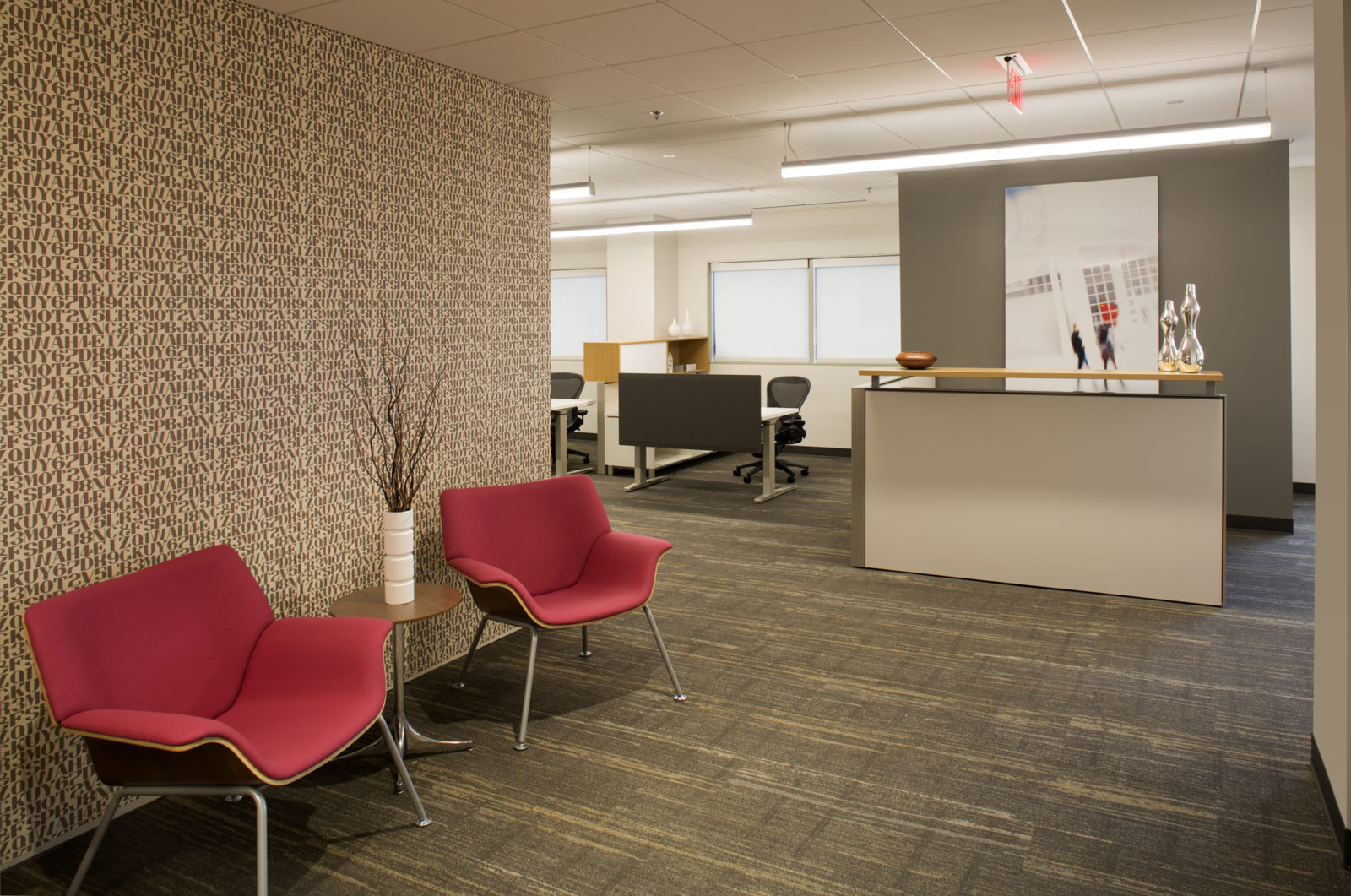 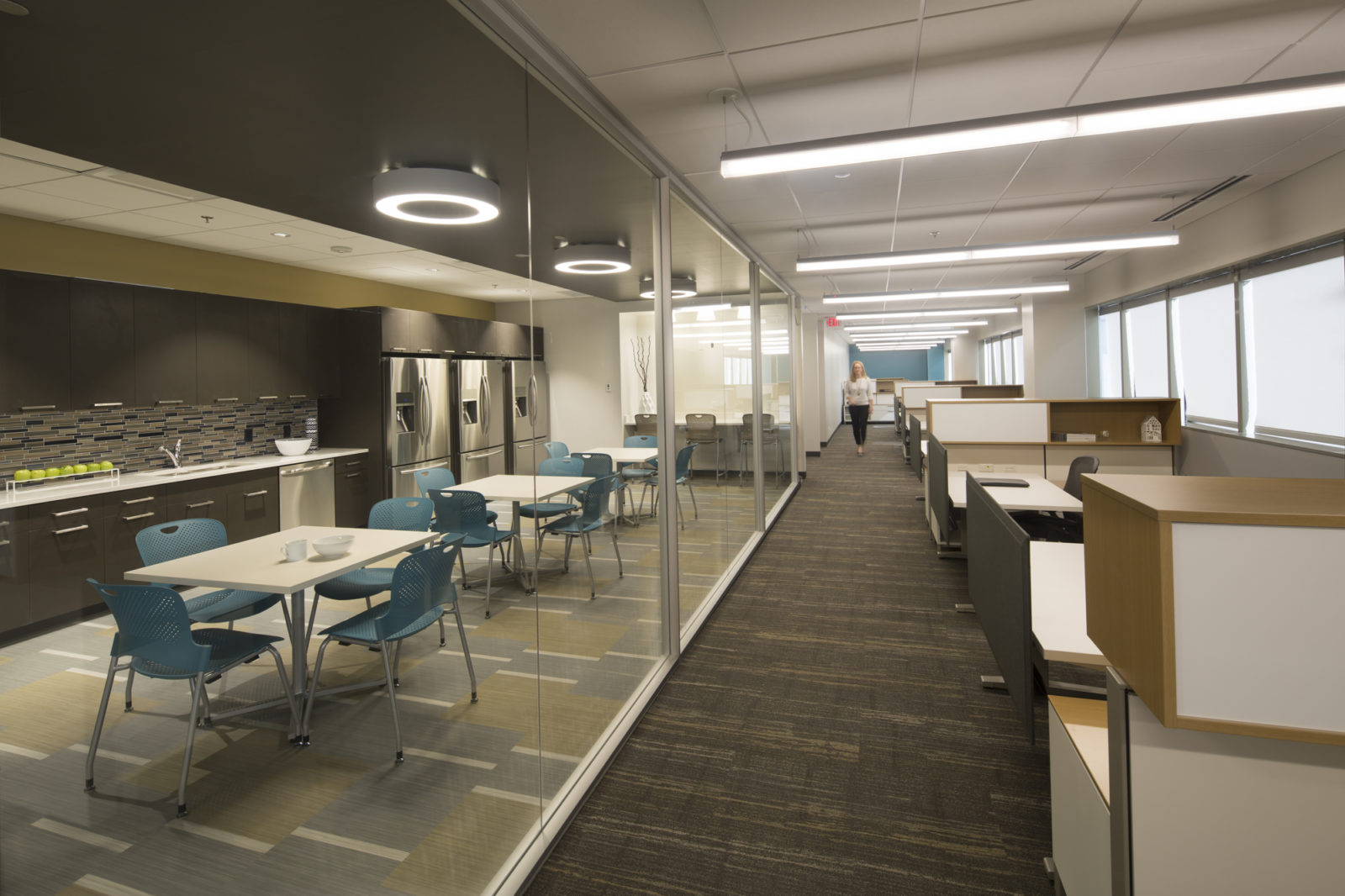 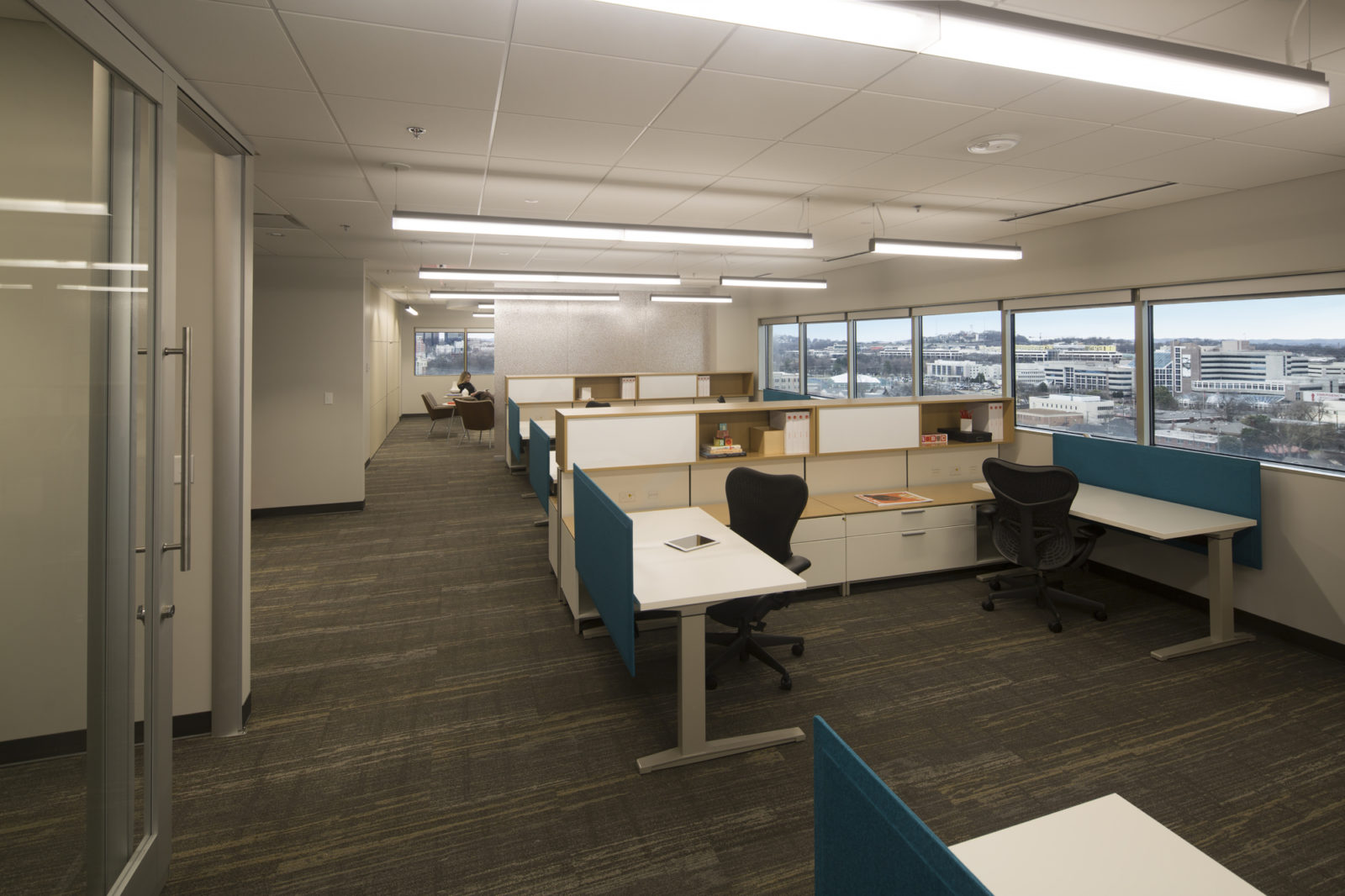 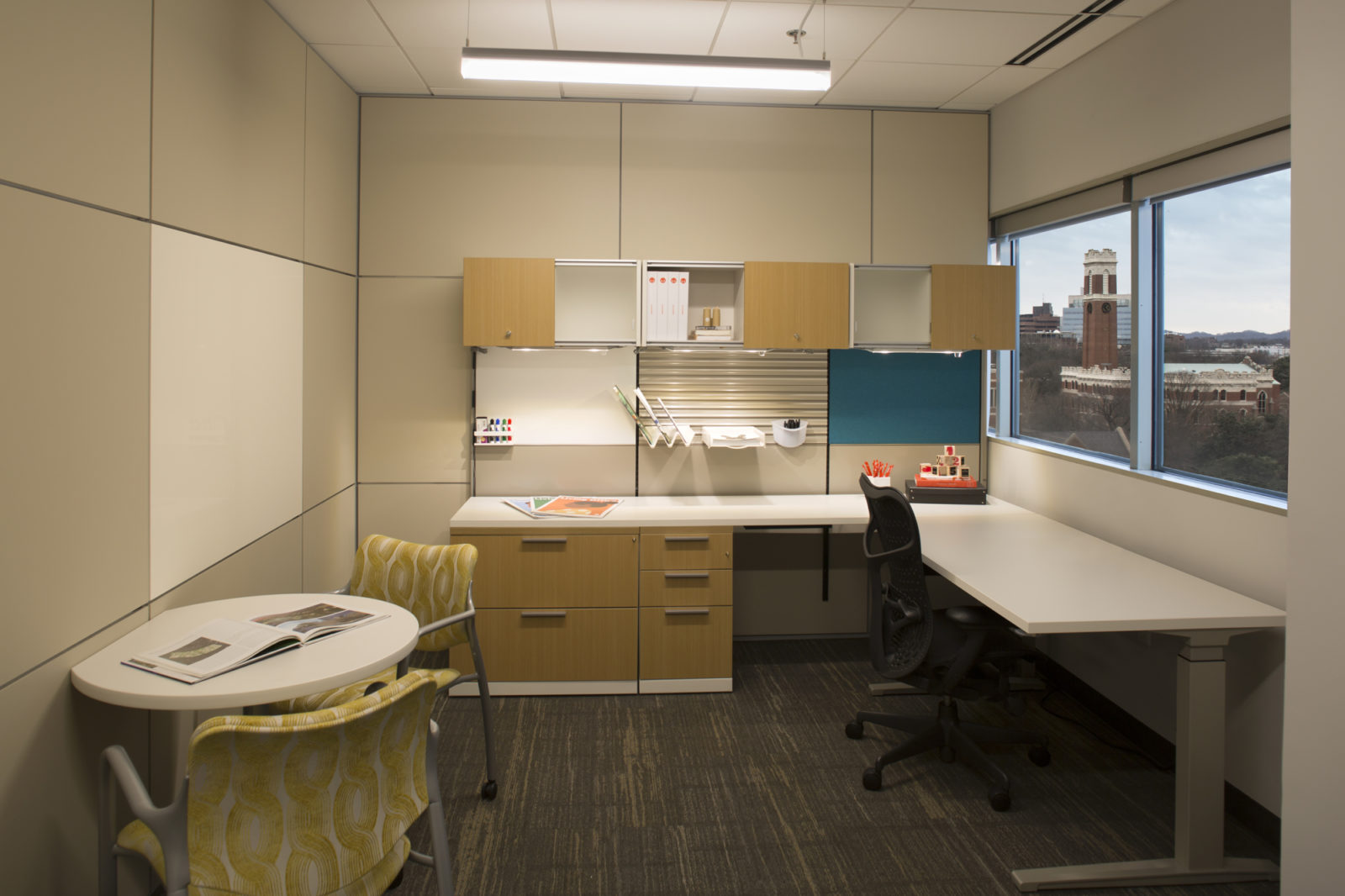 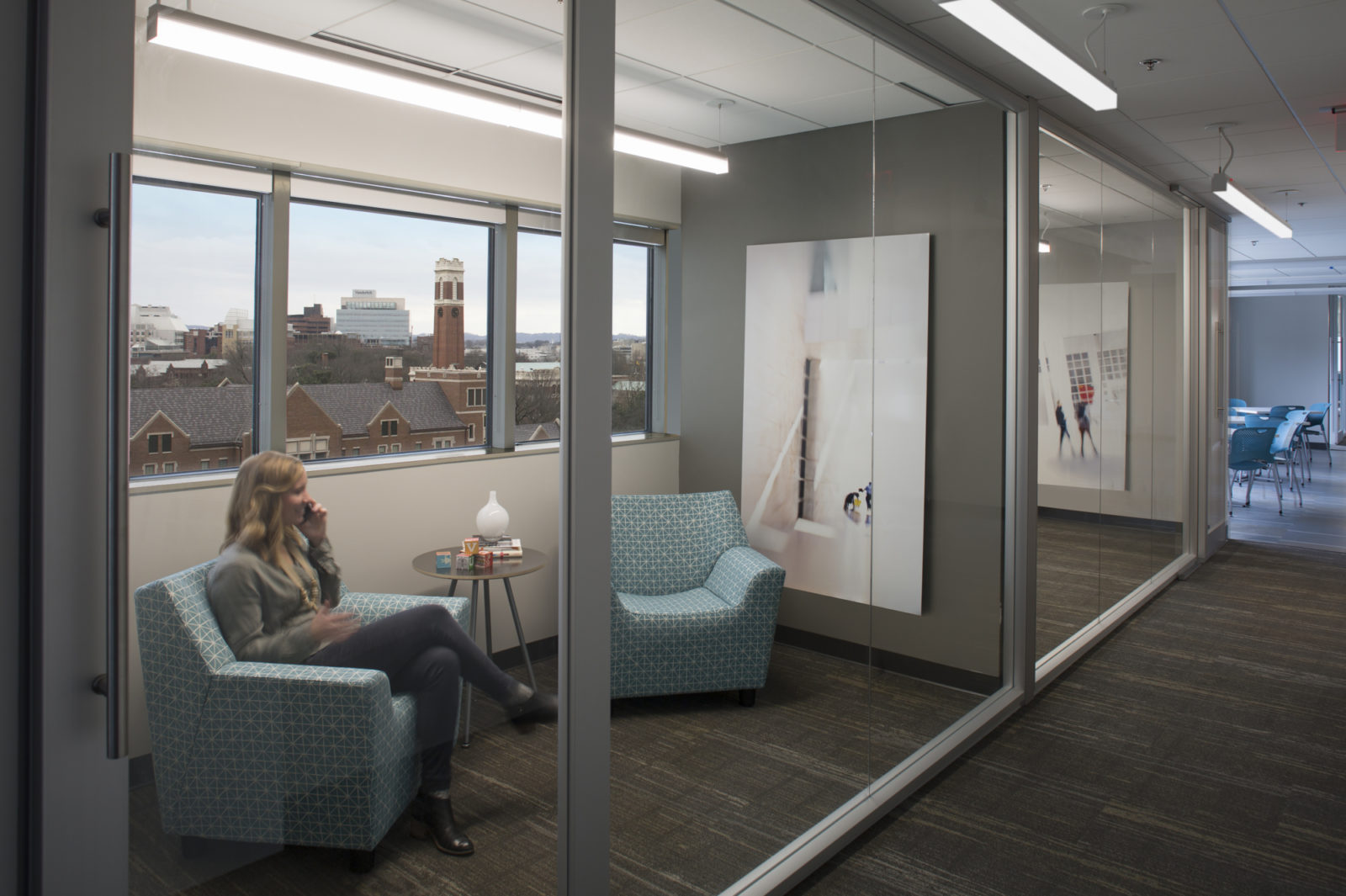 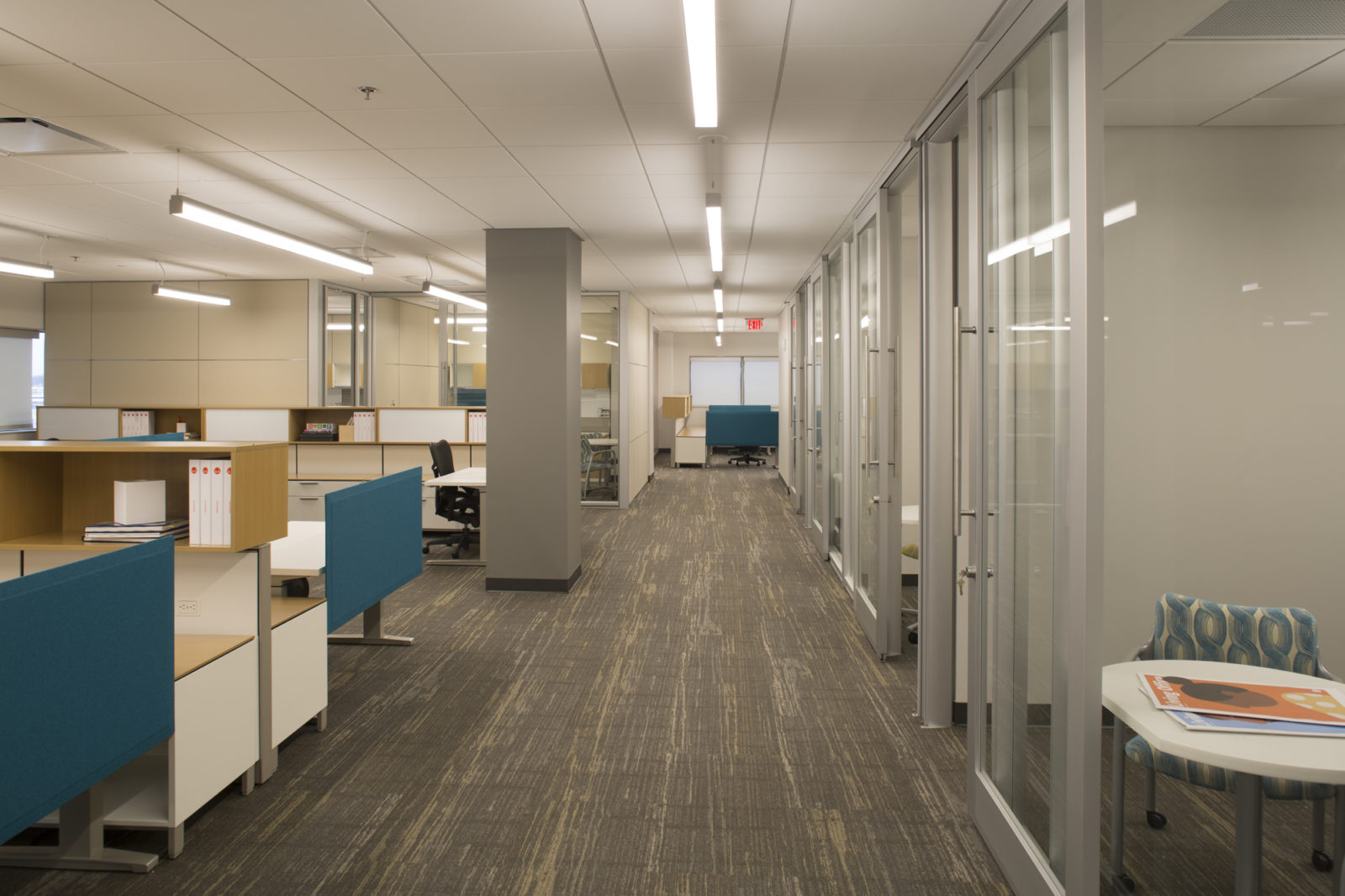 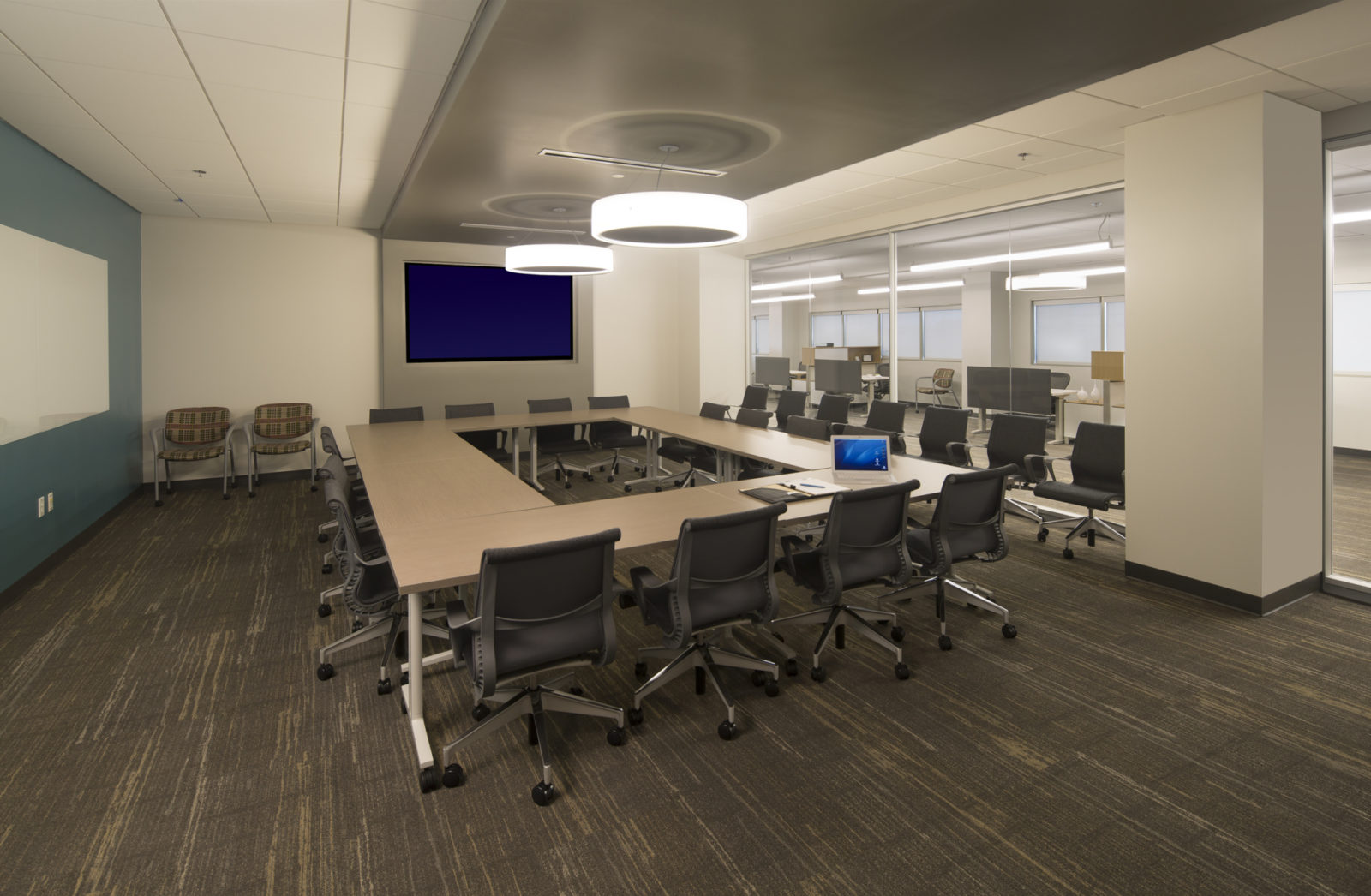 Vanderbilt University leases 70%, of the Loews Vanderbilt Plaza, owned by Loews Corp. Along with the furniture, demountable walls were also installed by Alfred Williams & Company which consisted of butt-glazed glass fronts with barn doors and solid demising wall with integrated electrical.

THE DETAILS: Vanderbilt University expanded their presence in the Loews Vanderbilt Office Building with interior renovations to approximately 57,000 sf of space on multiple floors including the penthouse. This allowed several departments to be consolidated into an open office concept that utilizes opening the perimeter of the building to maximize natural daylighting and views to midtown and downtown Nashville. Private offices as well as conference rooms are located toward the building core. - EOA Architects