We are so thrilled to have inspired such an amazing reinterpretation of an Eames classic. 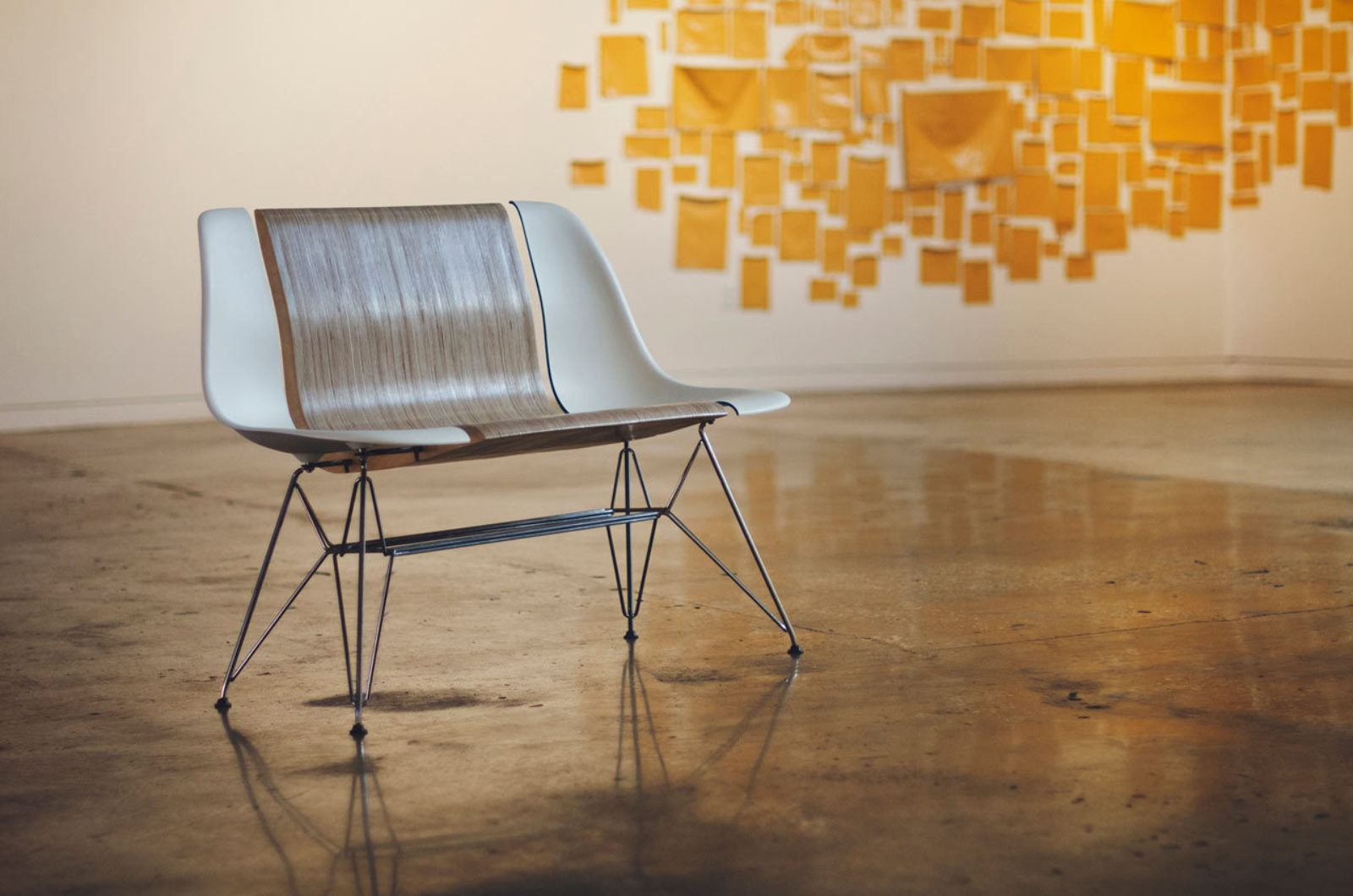 Clark Nexsen won our People’s Choice Award in the Raleigh Good Design Challenge event at CAM Raleigh and has received some very well deserved press recently from their entry.

Clark Nexsen’s bench has been featured in both Design Milk and Curbed.

From Design Milk: “A Reimagined Eames DSR Chair for Two” by Caroline Williamson

“A design team from the Raleigh, North Carolina office of Clark Nexsen reimagined a classic Eames DSR chair into a seat for two. The DSR2 comes from the idea that ‘Good design is meant to be shared’ and what better way to do that then to transform an iconic design into a two-seater bench.

The iconic profile is still there, just separated to include an interchangeable section, made from laminated Baltic Birch plywood, that provides extra seating space. Additional inserts could be made to replace this one in a variety of other materials and colors.

The DSR2 competed and won the People’s Choice award at the 2014 Good Design Challenge that was hosted by Herman Miller and Alfred Williams & Company.”

From Curbed: “The Eames’ Iconic Molded Plastic Chair, Sawed in Half and Turned Into a Loveseat” by Rachel B. Doyle

“How can the Eames’ highly iconic DSR chair, originally made of metal, then fiberglass, then molded plastic, ever be enhanced? It’s a question that designers have been asking themselves since 1948, when Charles and Ray Eames first entered a prototype of the classic chair into a MoMA competition for low-cost furniture design. Improving upon an Eames chair is nearly impossible, but last year the North Carolina firm of Clark Nexsen ingeniously turned the DSR side chair into a two-person love seat for a design competition co-sponsored by Herman Miller, manufacturer of Eames chairs.

‘We wanted to maintain the chair’s classic profile, while expanding it to create a new and shared experience,’ says architect Matt Koonts, who worked on the project.”