The House That Modernism Built with Eames Demetrios 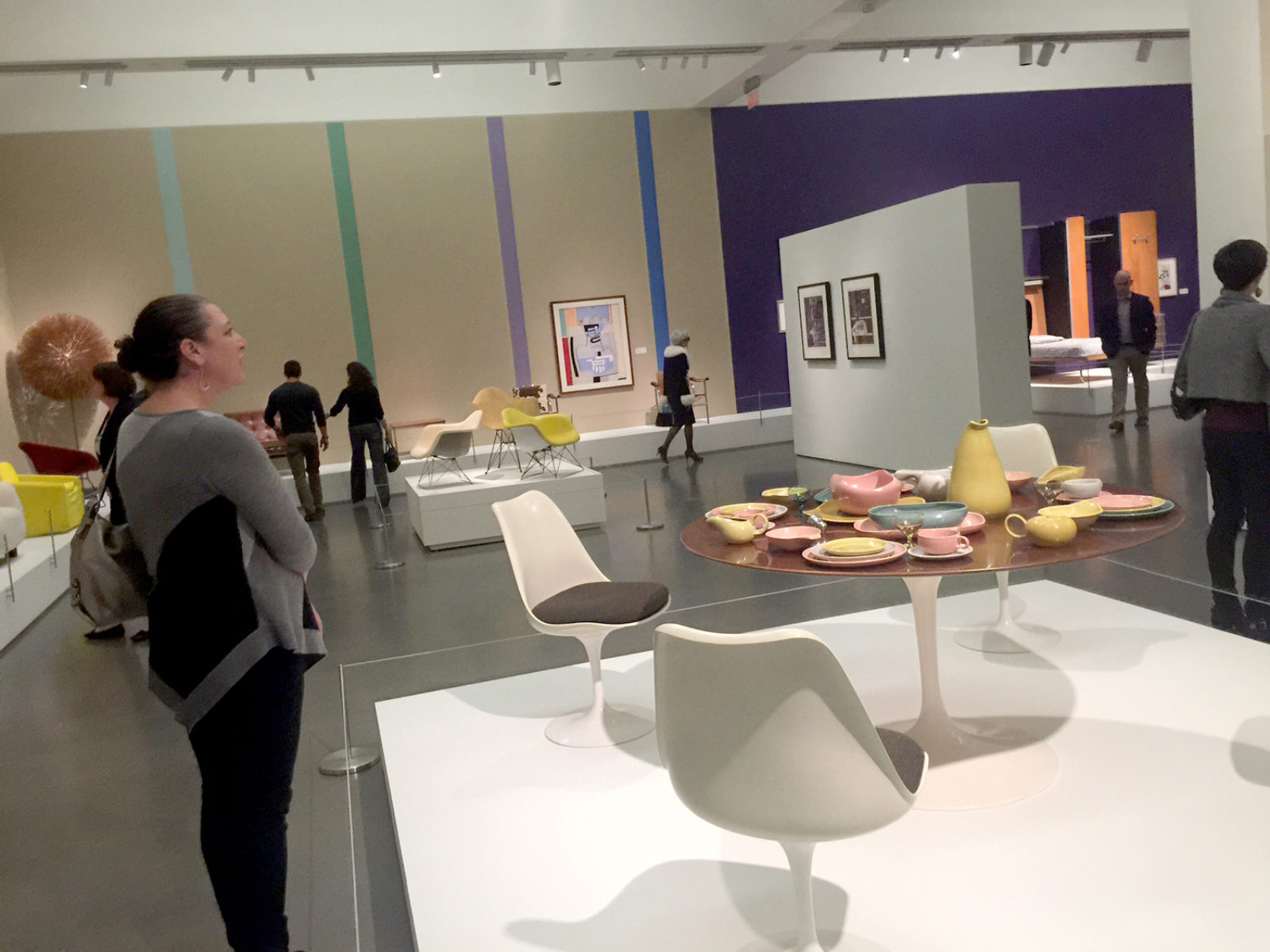 Herman Miller and Alfred Williams & Company hosted a preview of the exhibit "The House That Modernism Built" for our Architecture & Design Partners at the Bechtler Museum of Modern Art in Charlotte, NC. The event featured guest speaker, Eames Demetrios, the grandson of Charles & Ray Eames and Director of the Eames Office.

"The House That Modernism Built" presents the Bechtler Museum of Modern Art’s rich mid-20th-century art collection alongside furniture, textile, and ceramic holdings on loan from various institutions including Eames Office, Herman Miller Archives, the Gregg Museum of Art & Design along with works from private collectors.

The exhibition illustrates how the modern aesthetic shaped people’s lives during the 20th century throughout the United States and the affinity of aesthetic and philosophical principles that influenced art and design during this period. In particular, the show emphasizes process, examining how designers and artists considered and tackled projects and problems, and how the innovations in other disciplines from the sciences to the humanities influenced their direction and thinking. To trace the creative process and critical approach to problem solving, the exhibition will include prototypes, design plans, and manufactured pieces alongside drawings, prints, paintings, and sculptures.

While the scope of the show is international, it draws attention to design innovations particularly embraced in the United States with a regional focus on production in North Carolina. The works date from 1920 through 1980, but the groundbreaking choices of material and manufacturing processes by makers such as Victor Vasarely, Zoltan Kemeny, Kenneth Noland, Roy Lichtenstein, Charles and Ray Eames, Alexander Girard, and Buckminster Fuller remain vital, revealing how these larger principles of modernism continue to resonate in our lives today